We follow all CDC guidelines to create a safe and healthy environment for your child. Our protocol includes: 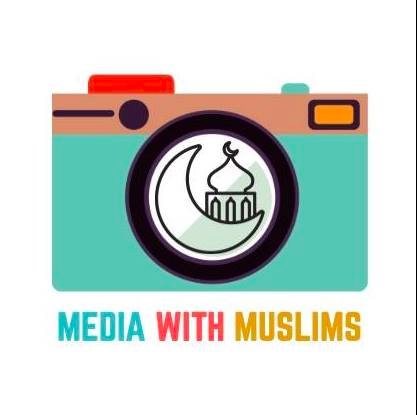 For most of us, community represents a large pillar in our lives, which we emphasize at Bamrec. Alhamdulillah, we are lucky to be part of a tight-knit community of Bay Area Muslims—over 250,000 strong; local mosques welcome the old and young, and nearly every week there is at least one event for people to come together. Sometimes, this connectivity insulates us from the reality of the Islamic landscape in America. With a country consisting of over 328 million people, Muslims only make up around one-percent of the population. We are often misrepresented in the media, which is dominated by a distorted narrative surrounding Muslims. Fortunately, one Bay Area group is seeking to flip that narrative on its head.

Rameel Farooqi, co-founder of Media With Muslims, sat down with us recently on Bamrec Talks: our Instagram Live series which highlights Muslims making a difference in their community. Farooqi’s initiative started during the height of the COVID-19 pandemic, when his sister and friends decided they had had enough of the media’s false portrayal of the Muslim community.

“It really was a culmination of years and years of misrepresentation...years and years of frustration, whether it was on the news, movies, or tv shows. Believe it or not our countries don’t have a yellow tint all around, there’s not sand everywhere! There are many beautiful environments, there are many beautiful people, and a lot of important contributions that those people and countries have made...a Muslim means so many things, and you can see that in our work.”

Farooqi explained that although the team once had limited experience in videography, passion drove them to begin the MWM initiative. Learning video-making from square one and paying for camera equipment out-of-pocket, MWM has truly made large strides in a short amount of time. From hosting a podcast, to making series’ on halal food, athletes, and upcoming young entrepreneurs, MWM covers all the bases in showcasing Muslim talent. Their clean B-roll footage and thoughtful interviews provide a brilliant peek into the Islamic culture of the Bay.

Looking forward, Farooqi hopes to grow MWM even greater, spanning more topics. In terms of his personal goals, “I really want to write a TV series.” For the rest of the team, he explains MWM’s grand ambitions in the future: “We definitely want to be a media conglomerate in the next ten, fifteen, twenty years, however long it takes.” The team hopes to cover fictional Muslim stories and show kids and adults “I can do this, I can be whoever I want to be.”

Want to hear more and watch our interview with Rameel Farooqi? Click here to watch on Bamrec Talks!